Bellevue continues to grow, with the new East Main light rail station opening in 2023, plans to further develop south downtown Bellevue and expanded toll lanes on Interstate 405 (I-405) opening in 2024. To minimize traffic congestion and help people get where they need to go, whether they are walking, biking, riding transit or driving, the city and the state Department of Transportation partnered to study transportation improvement options, including a new interchange, to access I-405 in south downtown Bellevue.

Following a year of analysis and public engagement, the South Downtown I-405 Access Study confirmed the need for additional access to/from south Downtown and I-405. The City Council unanimously supports the recommendation to advance the Lake Hills Connector southbound on-ramp to I-405 as the alternative that best meets the city's transportation needs in the south Downtown area. The final report was published in July 2021.

The I-405 Master Plan envisions a new interchange in Bellevue, south of Northeast Fourth Street. The South Downtown I-405 Access Study evaluated various improvement options that would be meet Bellevue’s transportation needs.

Proposed development along 114th Avenue Southeast, near the East Main light rail station and within the Wilburton area has created a pressing need to identify an alternative(s) preferred by the City to meet the transportation needs for the South Downtown area and to provide the recommended alternative(s) to WSDOT. Identifying an alternative will also enable the city to communicate to property owners and developers about right-of-way needs and site access options.

The I-405 Access Study will inform WSDOT’s future environmental review and freeway access revision request processes in connection with WSDOT’s I-405 proposal, which will be initiated when funding is available.

For additional project history and background, read the overview.

Following a year of study and public engagement, the City Council unanimously supported the recommendation to advance a Lake Hills Connector southbound on-ramp to I-405 as the alternative that best meets the evaluation criteria and the goals of the study. 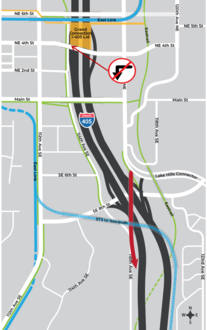 The Lake Hills Connector southbound on-ramp concept adds vehicle access to I-405 southbound with minimum property and environmental impacts at a reasonable cost (estimated at $150 million in 2030 dollars) compared to the other alternatives. It also aligns with city land use and urban design policies and allows the East Main Transit-Oriented Development (TOD) land use code amendment process to continue.

The State Legislature has the ultimate decision-making authority to fund the project. The final project design, environmental analysis and construction would be carried out by WSDOT in accordance with federal highway and transportation approval processes.

In a related discussion, councilmembers urged the Transportation Department to accelerate a separate project that would provide pedestrian and bicycle access along Southeast Eighth Street to compliment the Lake Hills Connector alternative.

Input was provided by stakeholders who represent properties and neighborhoods within the study area, business and transportation interest groups and the community at large. 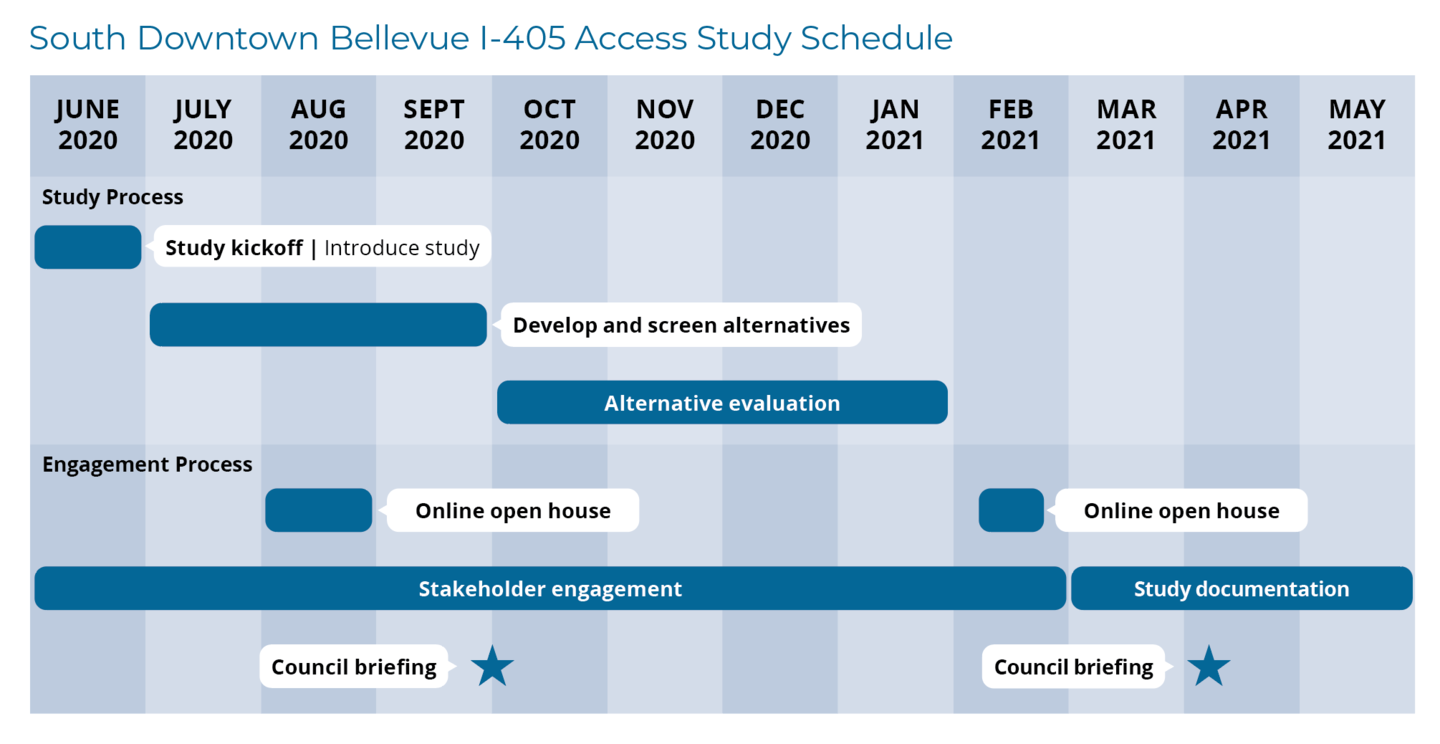